Asus has introduced the world slimmest gaming laptop as part of their Republic gaming series. Gaming freaks are in for a perk after the launch of The Zephyrus S also known as “GX531” which is built with a Core i7 chip and has a 14.95 to 15.75 framework making it the slimmest laptop to date.

The weight of Asus Zephyrus S is incredibly light which 4.3 pounds (2.1kg). The purpose of The Zephyrus S is to bring desktop gaming and VR visuals to an ultra-slimmest notebook that can easily be fit under your arms due to its portability. 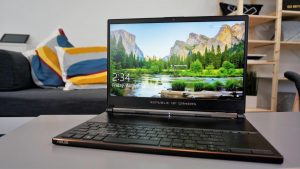 The Zephyrus S features a 15.6 inch 1920x 1080 display. For gaming purpose, Asus has fitted in it a 144Hz panel of AHVA so that its display quality won’t be compromised. The Zephyrus has the latest NVIDIA GeForce GTX 1080 graphics. Its display covers the full sRGB gamut so that it can even work for professional photo editing and video editing. G-sync display is available with the refresh rate up to 120Hz. The Zephyrus S has a versatile IPS panel which enables to produce vivid images that retain their colors over wide viewing angles. Asus aura keyboard backlighting makes customized visibility giving a wide range of effects and colors plus separate QWERTY. Its trackpad also transforms into multiple colors number pad for suited data entry.

Cooling is a big concern for any gaming system, but with The Zephyrus S, is being pretty uniquely designed with the Active Aerodynamic system (ASS). When you lift the laptop lid you will be able to see its bottom panel-flexes which become a 6mm opener for deeper cooling. It has Aero Accelerated fans which are designed to keep the power components under 80 degree Celsius for reliability. Cooling fans are made of Liquid Crystal Polymer which reduces the risk of dust particles attacking the system.

The Zephyrus S has a diverse array of connectivity which brings some flexibility in the system. Its Type-C port pushes 40 Gbps to boost devices in a new world of external gear. It can connect with a TV via an HDMI 2.0 port where your home can become a battlefield while gaming. (If you love play fighting games)

Four Types a USB slot provides you to plug in different devices that you already own including VR (Virtual Reality) headsets. The Zephyrus S supports VR instinctively that you can sneak into another world in no time.

Good article. I will be dealing with some of these issues as well.. 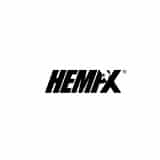